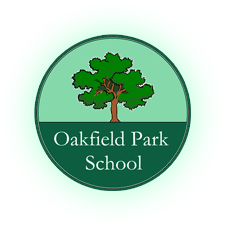 All Different, All Valued, All Equal

Friends of Oakfield Park is a Registered Charity.

Funds from Friends of Oakfield Park Fund will be used exclusively to provide additional support for the pupils over and above Local Authority budgeted resources.

Requests for funding are considered termly by the Friends Committee

The Fund shall be audited annually.

Meetings are usually held on Monday at 3:30pm new members welcome.  Below are the minutes from the last meeting.

Smarties Tubes: agreed that the cost would be close to £150 to purchase the smarties and that we would struggle to raise enough to make it worthwhile. Shelved for time-being.

Mini marathon: Many thanks to Dale, this was a huge success. The students also pushed themselves further than before and worked really hard. It was noted that one student managed to raise over £4k. SN asked that photos from the event be put in frames in the school entrance.

Race night: 7/8 sponsorships have been sold but only 1 race so far. 31 tickets sold but expecting around 40. Agreed to reduce to 7 races with 6 horses per race. Robbie to take the board round school tomorrow asking staff to take a horse. SN to bring biscuits. DS to follow up tea and coffee from Co-op. SN noted that plenty of raffle prizes have been donated already.

Request for funds: Request for £1,400 in total for chicken run and upgraded chicken coop. This was agreed.

Minibuses: RR’s notes regarding the minibus fund was read. Total funds to be held in account until buses in OPS hands. Friends would like to express their thanks to Robert for his hard work without which we not have been able to raise enough money for one bus never mind three!!.

Swing: A basket swing has been sourced for £2,654. We will get a quote for cost of fitting and safety surface for swing. Friends to discuss quote once received.

PA system for hall: The sound system in the hall is out of date and over-complicated. We will source suggestions and a quote. SN proposed the possibility of using capital funds to pay for this.

VR day: Friends agreed said that most students would benefit from this making it well worth the cost. LG to go ahead with arranging.

EB to speak to office re Christmas tickets for raffle.

DW to organise sweepstakes and board in entrance.

We use necessary cookies to make our site work. We'd also like to set optional analytics cookies to help us improve it. We won't set optional cookies unless you enable them. Using this tool will set a cookie on your device to remember your preferences.

Necessary cookies enable core functionality such as security, network management, and accessibility. You may disable these by changing your browser settings, but this may affect how the website functions.